Sumptuous and monumental, the ‘Palazzo del Capra’ rises in the heart of the village of Tuoro. Last home of the illustrious philosopher Count Teodorico Moretti Costanzi, and today the seat of the “Documentation Center of the Battle of Trasimeno”, it seems to have been built over the tomb of the consul Caio Flaminio, who died in the battle of Trasimeno. According to tradition, also the towers would have been built on the remains of a sacred area for cremation and on a Roman temple.
Subsequently enlarged to its present size, at the beginning of the 16th century the Palace was donated by Donna Montemelini to her son-in-law Benedetto di Filippo di Benedetto, nicknamed ‘Il Capra’ (goat) for his plaintive voice.
Noteworthy inside the Palace is an important fresco by the painter Pietro Vannucci, known as Perugino. 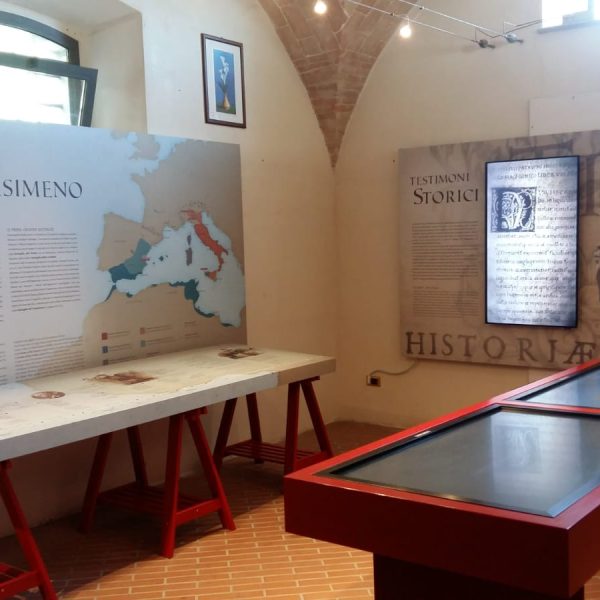