The imposing bulk of the bell tower immediately attracts the eye of every visitor to Pozzuolo. 30 meters high, it was built at the beginning of the twentieth century on a project by Artemio Grazzini and rebuilt after the Second World War.

The Romanesque church is equipped with a baptismal font in which, in 1247, Santa Margherita di Cortona was baptized. Near the entrance to the bell tower, a plaque commemorates the return of her saint’s body in the seventh centenary of her conversion (24th Sept 1972).
The Altar of Santa Margherita, located on the left wall, houses a niche with a plaster statue of the Saint. In the apse, there is a canvas with images of the two Patron Saints and the Madonna.

Next to the parish church, a building was built which acts as a conjunction between the Church and the Bell Tower and which over time has had various uses: storage, garage, catechism school. In 1990, this environment received its final destination: the Chapel dedicated to the Patron Saints Peter and Paul. Elda Brignoli, an artist from who came to spend the holidays in Pozzuolo, wanted to fresco it with the stories of the patron saints. On the back wall in the middle of a host of Angels is the Crucifix painted on sheet metal. 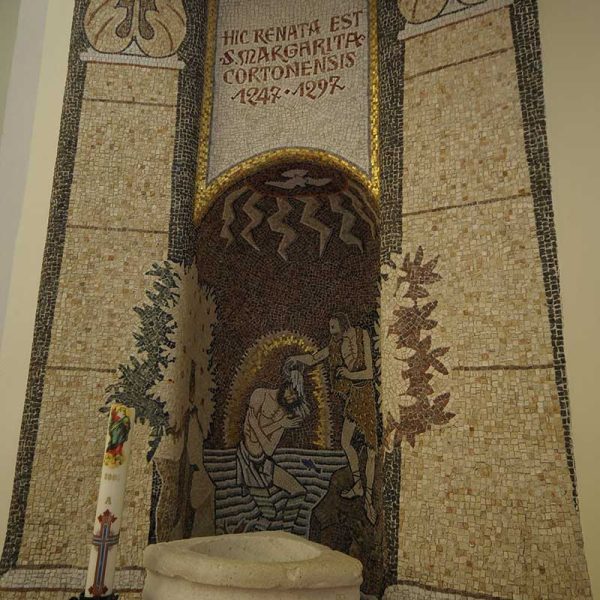 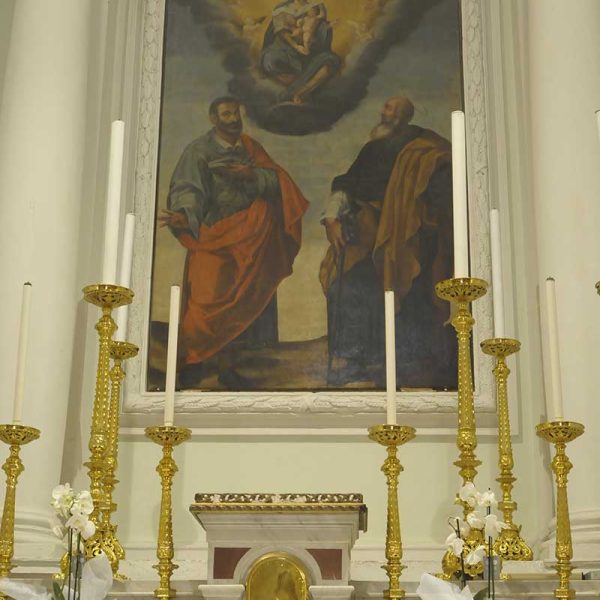 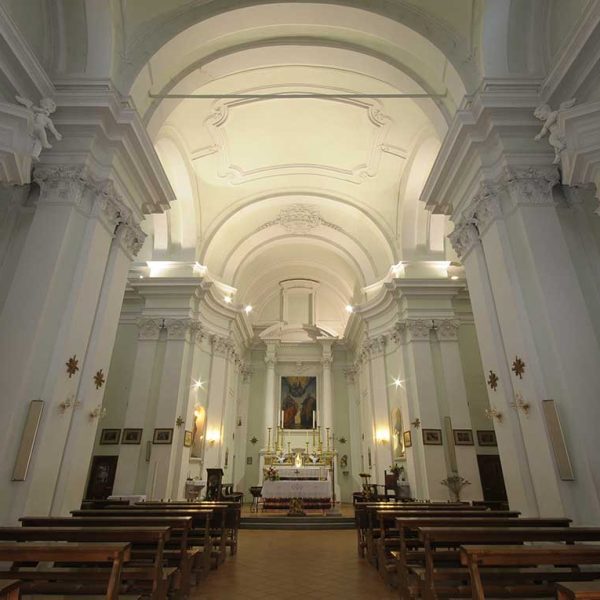