Erected in the historic center of Magione by the Knights of Malta in 1571 and destroyed by bombing during the Second World War, the parish church was rebuilt immediately after the war and preciously frescoed by Gerardo Dottori, with a cycle of images depicting the baptism of Jesus by St. John Baptist.
On the outside, it has an imposing Baroque façade. 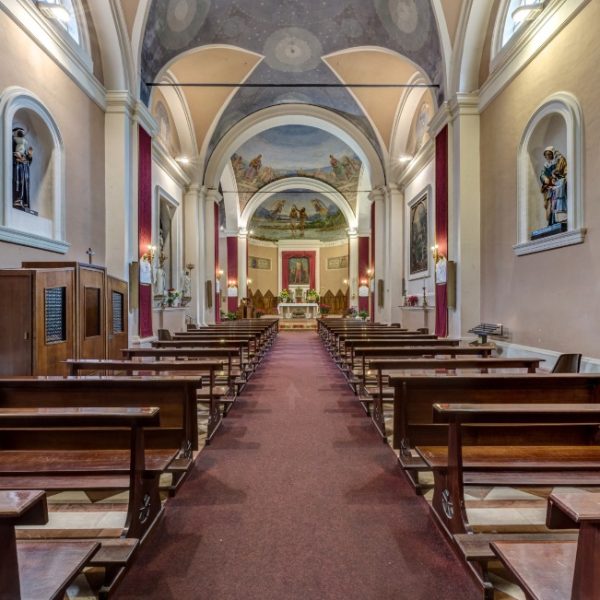 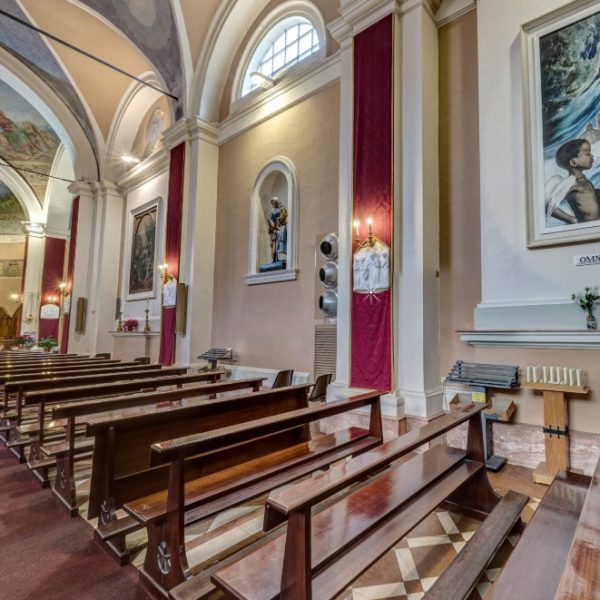 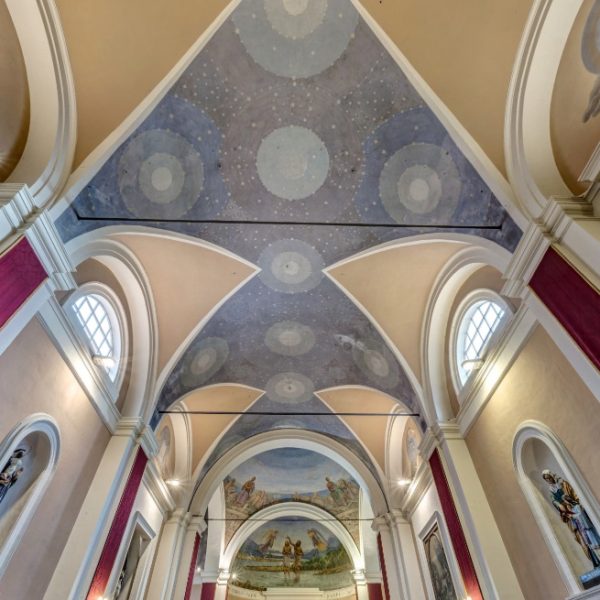 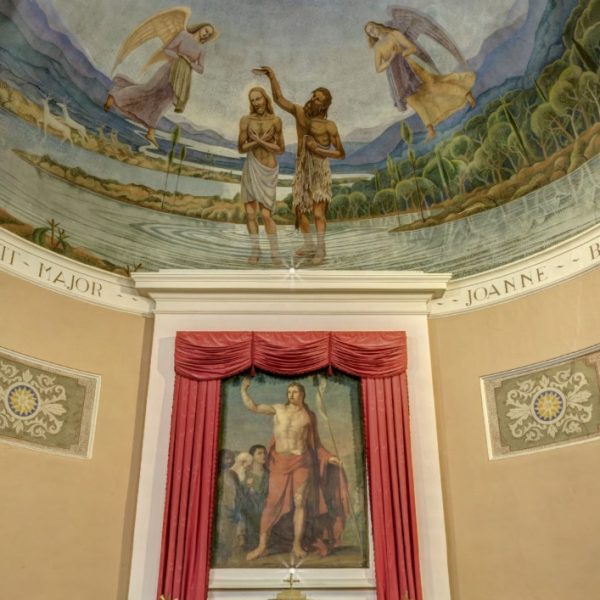 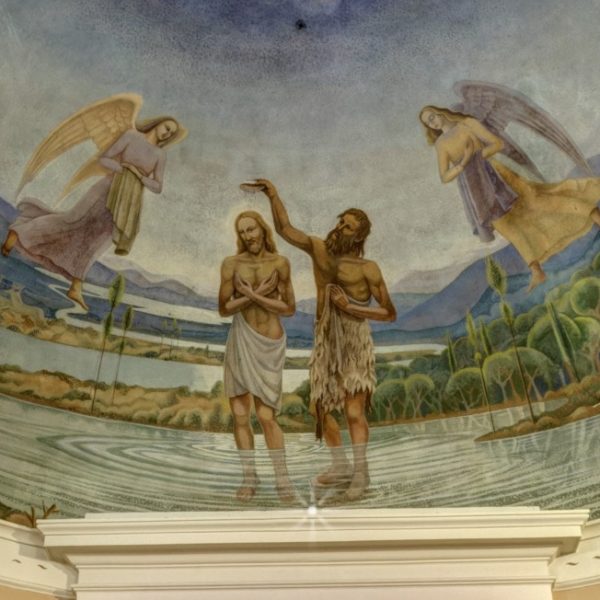