In the Council Chamber of the Townhall of Magione, it is possible to admire a pictorial cycle created by the artist Gerardo Dottori in 1948, representing views of the 13 hamlets of Magione, which refers to the neo-Renaissance tradition with flashes of light that recall pointillism.
On the right, the villages overlooking the lake characterized by allegories of activities related to fishing, and on the left the hilly ones characterized by elements that refer to their pastoral and agricultural vocation.
Behind the place of the Mayor there is a large tempera panel with a view of Magione, depicting Fra’ Giovanni da Pian di Carpine (ancient name of the town) in front of the Emperor of the Mongols. The Franciscan missionary in 1245 went to the court of the Great Khan on behalf of Pope Innocent IV to deliver a letter from him urging him to stop the armed advance in the regions of central-eastern Europe. 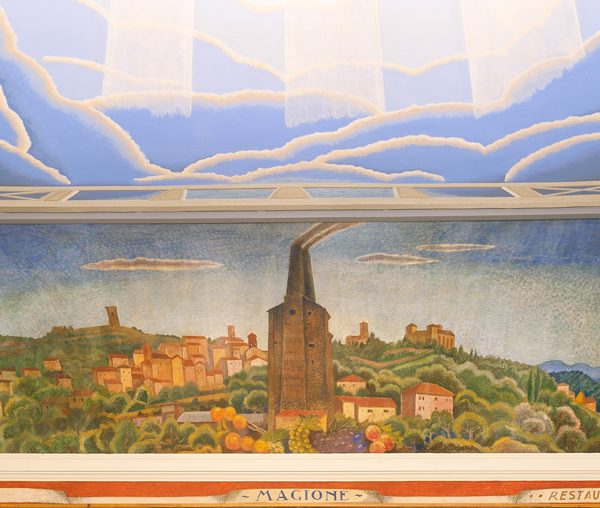 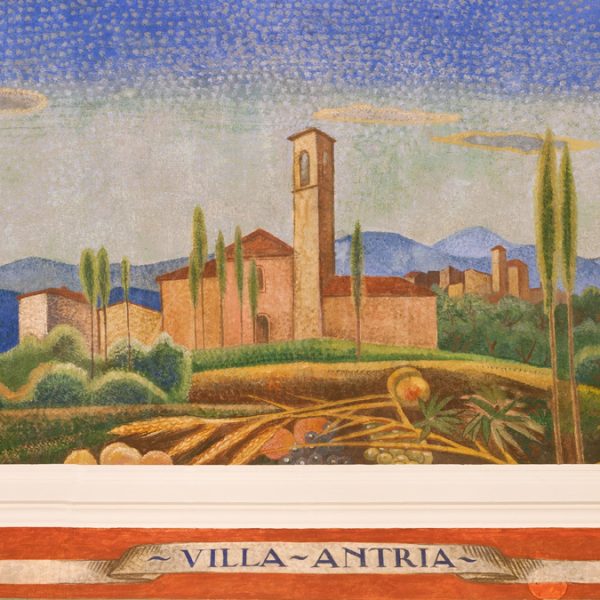 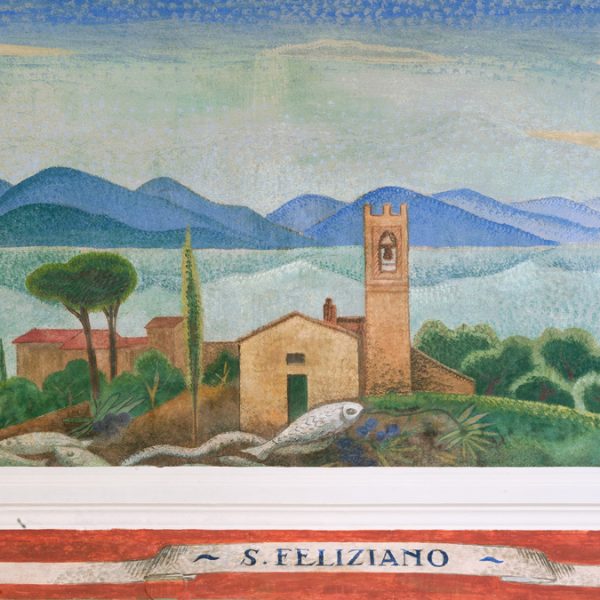 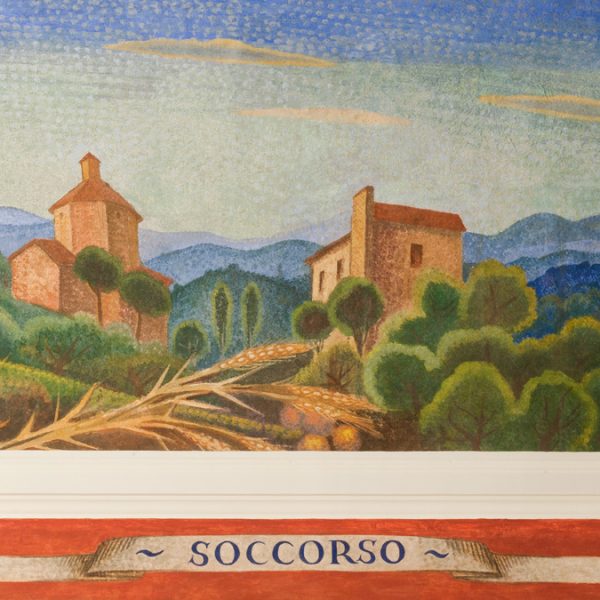 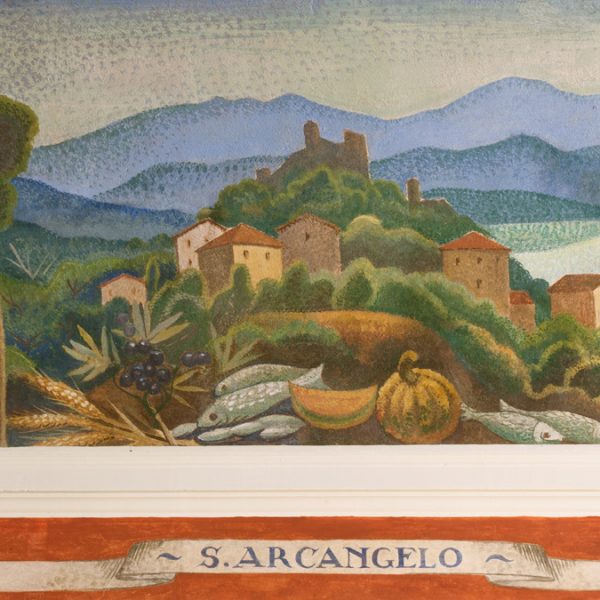 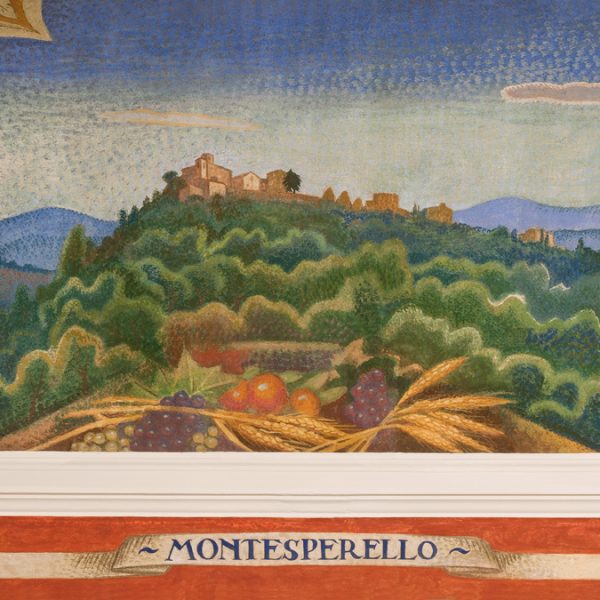 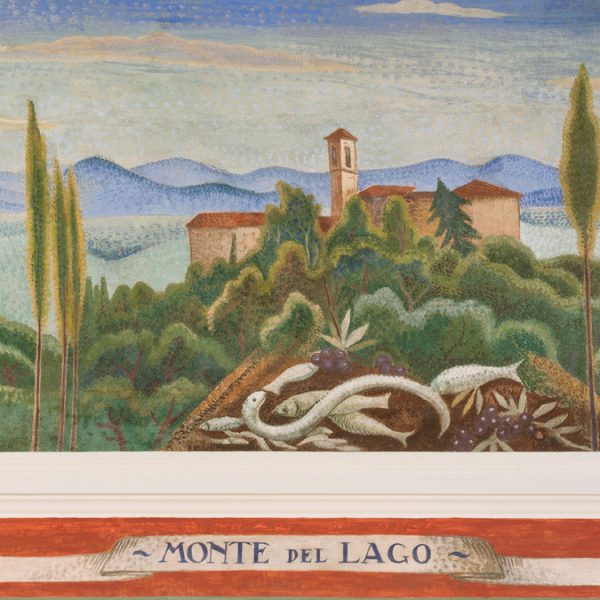 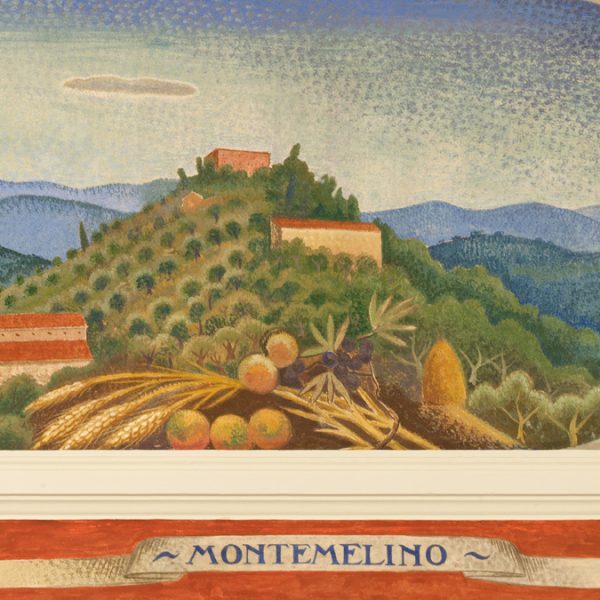 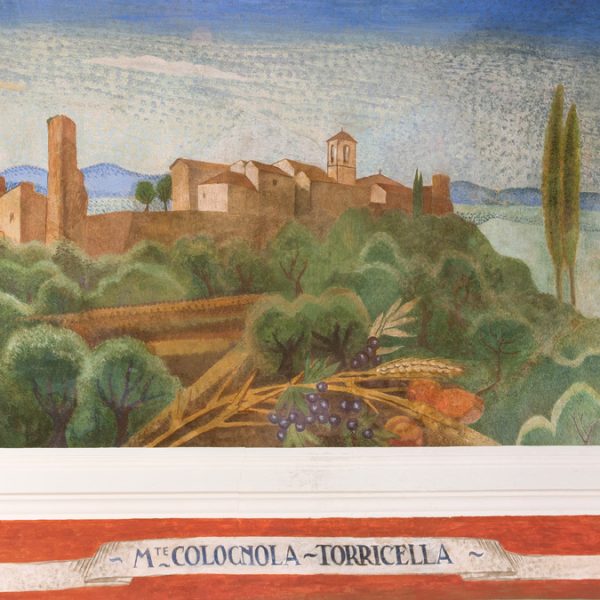 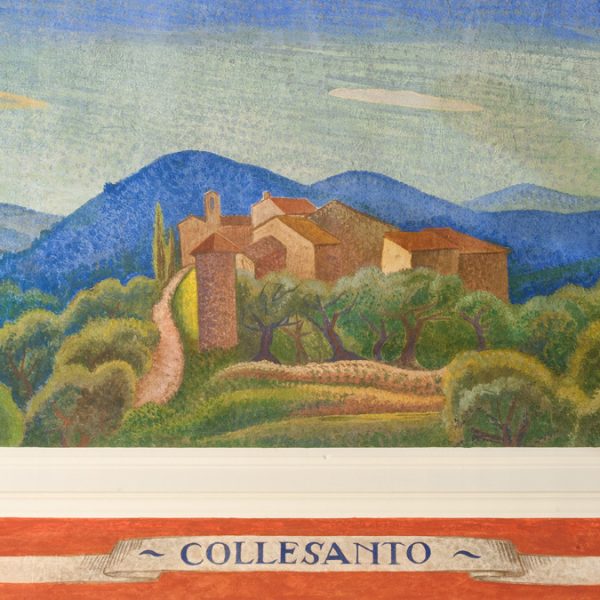 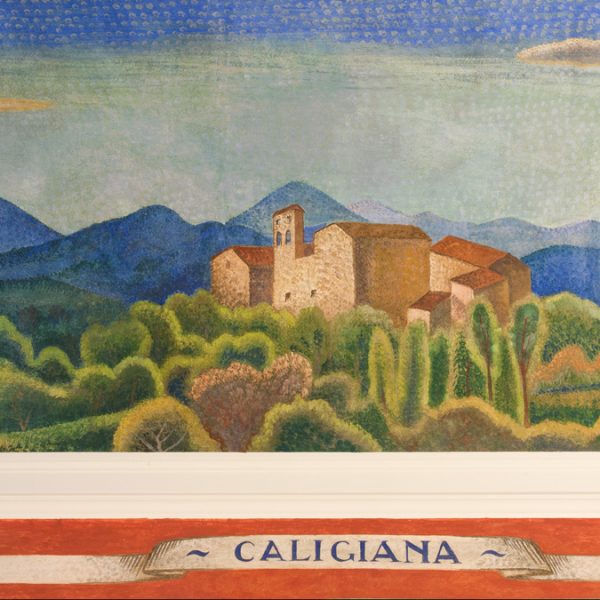 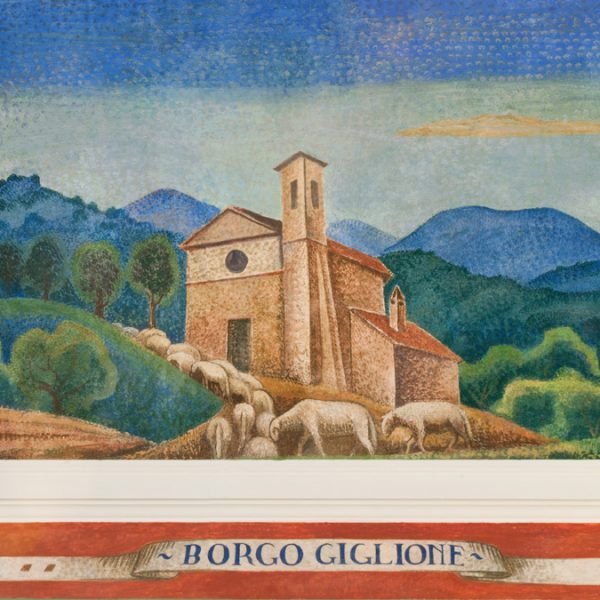