Overlooking Largo della Vittoria next to the Sanctuary of the Madonna di Fatima, the Oratory of San Bartolomeo has a very ancient foundation. Dating back to the mid-thirteenth century, it was originally a public oratory in which, it is said, in 1257, San Bonaventura held a congress of essays to judge the doctrine of Blessed Giovanni da Parma accused of heresy.
In what was once the refectory of the friars, we can still admire the beautiful fourteenth-century fresco “The Crucifixion“, also known as “The Crying of the Angels“, attributed to Mino di Jacopo del Pellicciaio. Characteristic is its rust-colored background, due to the oxidation of the original blue color. 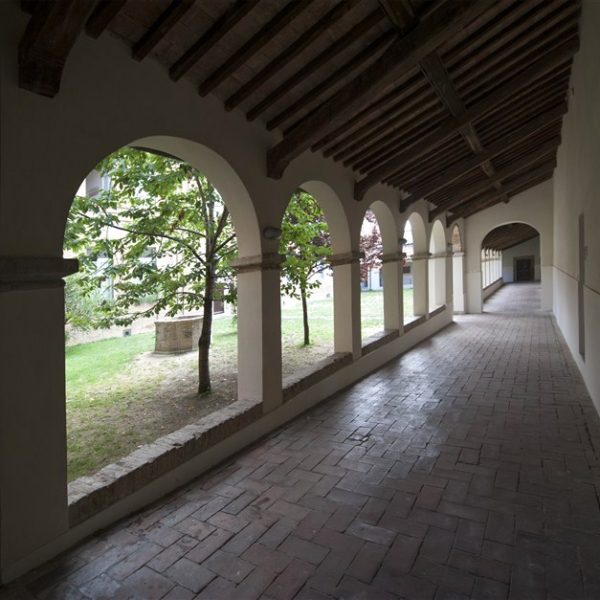 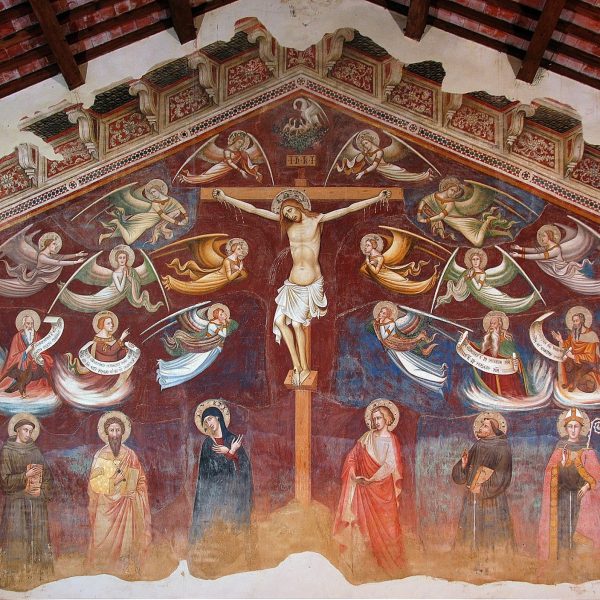 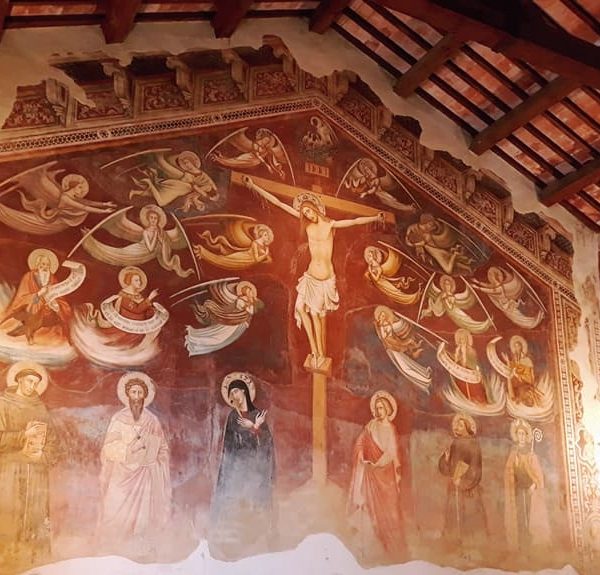