Known as “Villa Alta” due to its dominant position on the eastern shore of the Trasimeno, the villa is located at the entrance to the village of Monte del Lago and is the most representative place in the life of Vittoria Aganoor and Guido Pompilj. Built in the mid-nineteenth century by the father of Senator Guido as the administrative center of the large estate of about 200 hectares, it still retains the coat of arms designed by Guido in the entrance gate: a rampant lion on an oval background.

The villa reveals in its architecture its origin from the amalgamation of pre-existing buildings. In the central part it is surmounted by a roof terrace with a magnificent view of the lake and the surrounding countryside; in the southern part, there is the “terrace of the poetess”, dedicated to the poetess Vittoria Aganoor, who died in 1910, wife of Guido Pompilj, son of Giuseppe, who committed suicide for love on the death of his wife.
The building is surrounded by a lovely garden with evergreen trees, palm trees, lime trees, an ancient magnolia and flower beds planted with roses. 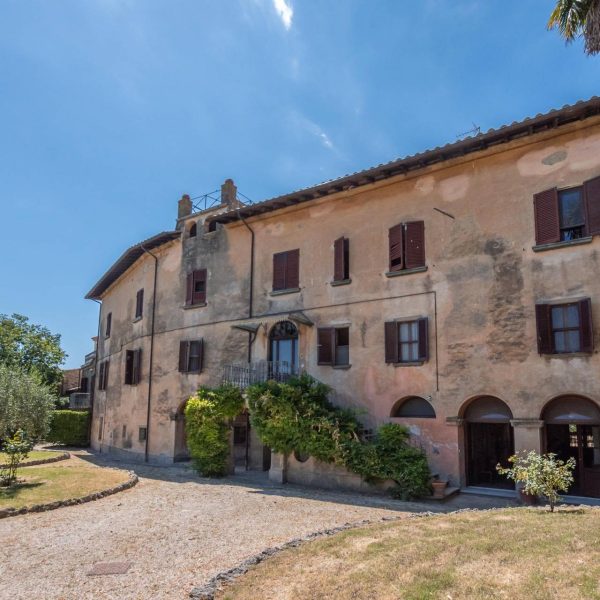 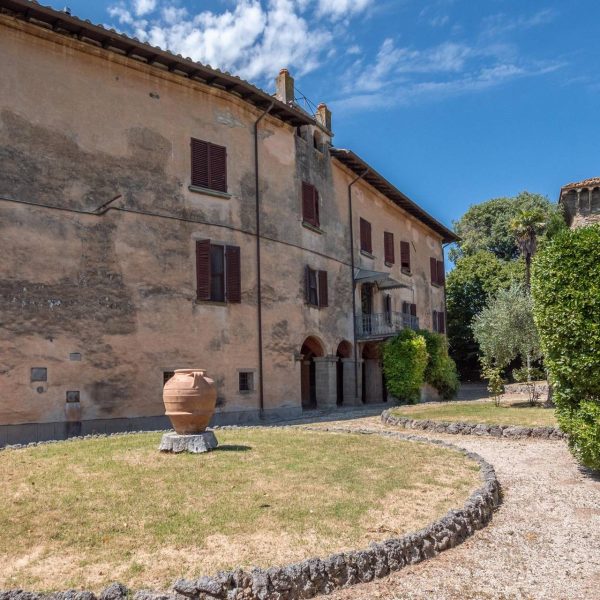